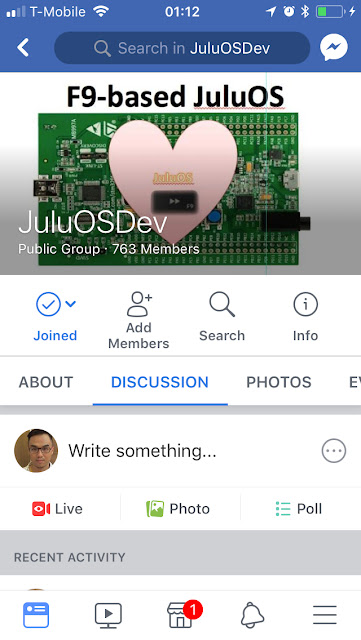 Before going to the U.S, I was the co-founder of the JuluOSDev clud, which focuses on discussion of so many different system software, FreeBSD, RTOS, Microckernel, Nanokernel, Exokernel, Virtualization and IoT systems. When I co-founded the JuluOSDev, there were only 7 members; however, after core members' effort, the group has been expanded to 700+ members now. It was the wonderful experience because we knew a lot of OS contributors in Taiwan via the talk invitations and knowledge sharing.

Although I am not the co-founder now, I still hope this group can keep expanding in order to leave the space for us to discussion about different system software instead of only major OS, Linux.
Posted by hawx at 11/23/2017 01:24:00 AM 0 comments